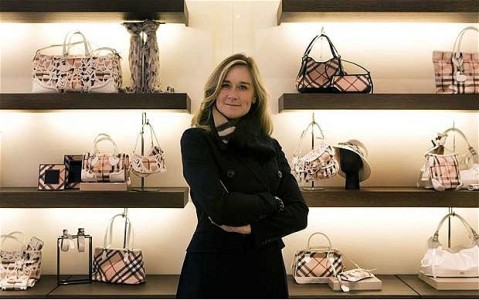 CUPERTINO, California—October 14, 2013—Apple® today announced that Angela Ahrendts, CEO of Burberry, will be joining Apple in a newly created position, as a senior vice president and member of our executive team, reporting to CEO Tim Cook.

Ahrendts will have oversight of the strategic direction, expansion and operation of both Apple retail and online stores, which have redefined the shopping experience for hundreds of millions of customers around the world. Apple retail stores set the standard for customer service with innovative features like the Genius Bar®, Personal Setup and One to One personal training to help customers get the most out of their Apple products.

“I am thrilled that Angela will be joining our team,” said Cook. “She shares our values and our focus on innovation, and she places the same strong emphasis as we do on the customer experience. She has shown herself to be an extraordinary leader throughout her career and has a proven track record.”

“I am profoundly honored to join Apple in this newly created position next year, and very much look forward to working with the global teams to further enrich the consumer experience on and offline,” said Ahrendts. “I have always admired the innovation and impact Apple products and services have on people’s lives and hope in some small way I can help contribute to the company’s continued success and leadership in changing the world.”

Ahrendts will join Apple in the spring from Burberry, where she serves as CEO and has led the company through a period of outstanding global growth. Prior to Burberry, she was executive vice president at Liz Claiborne Inc., and earlier in her career she served as president of Donna Karan International.