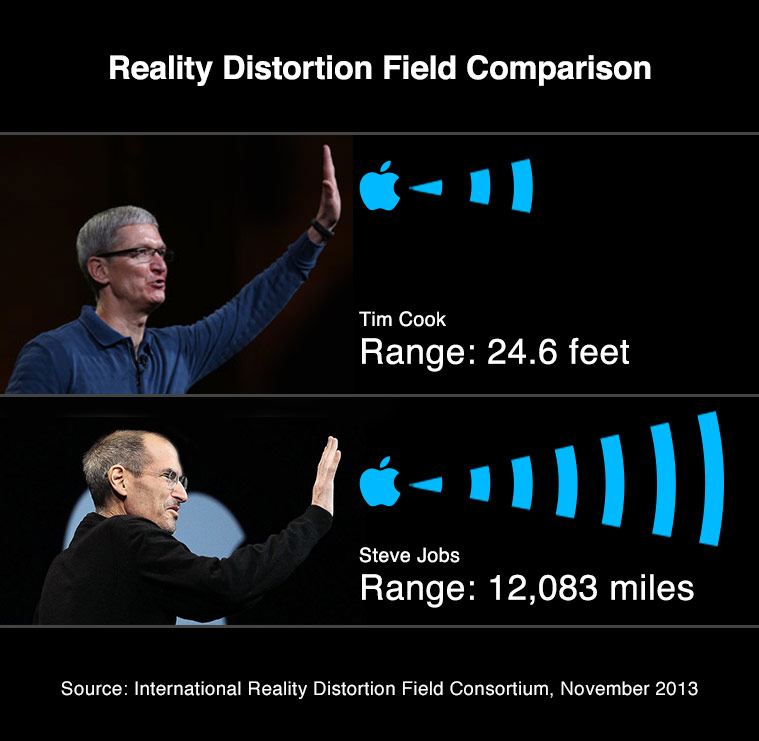 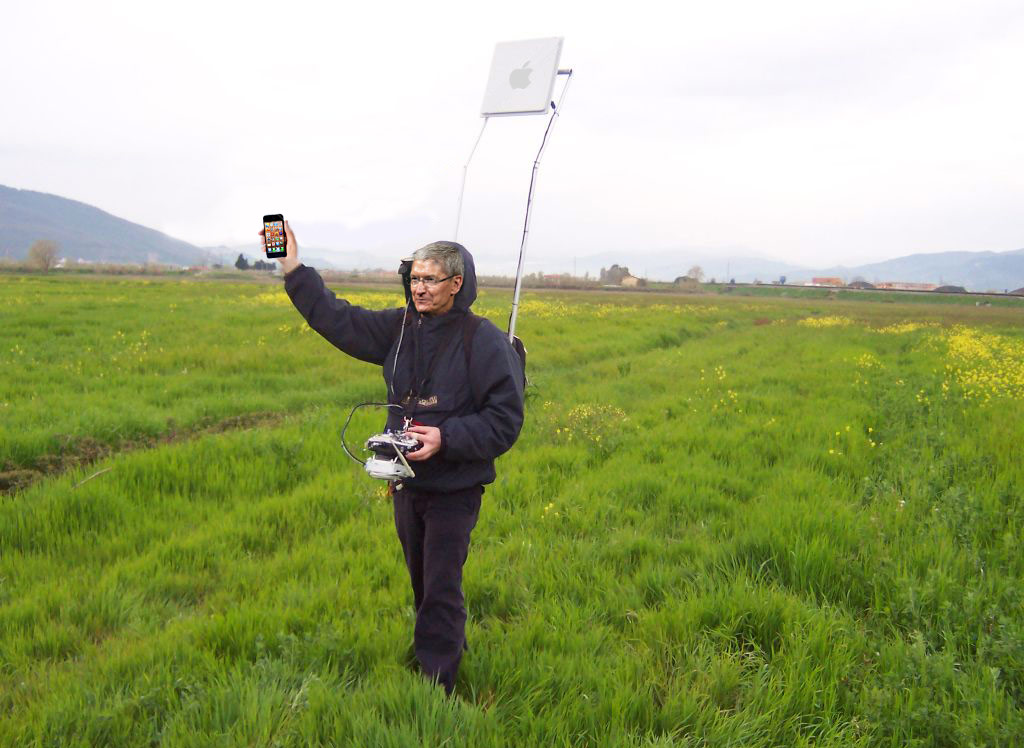 CUPERTINO — Is Apple having an innovation crisis? Not in Tim Cook’s view.

In a far-ranging interview with Charlie Rose to be broadcast later this week, Apple’s CEO reveals a surprising new strategy: Apple will be the innovation leader without actually innovating at all.

“Perception is 98% of the game,” says Cook. “I just need people to believe me like they believed Steve.”

And therein lies the challenge. While Steve Jobs’ RDF had an effective range of over 12,000 miles, Cook’s RDF was last measured at a modest 25 feet. Hardly enough to convince people on a global scale.

But look for that to change.

Cook has ordered all new product development at Apple suspended so that his engineers can focus on building an effective RDF amplifier that will compensate for the meager RDF he was born with.

When Cook’s RDF approaches Jobs-level effectiveness, it will no longer matter if Apple is keeping up with competitors. Cook can simply say it is.

Progress is being made daily. While early models required Cook to wear a NASA-style air-cooled suit tethered to an electronics-laden wheelbarrow, more recent models have been reduced to the size of a small backpack.

“We’re going to stick to the schedule on this,” says Cook. “So our customers will only have to endure bitter disappointment, loss of hope and plunging stock prices for one more year.”

To this reporter, that seemed perfectly believable. Which just may mean that Cook’s RDF is getting stronger.