The Mirror Maze – disponibila gratuit, pret initial 0.79€
Mirror Maze is one brilliant puzzle game, original and taxing. Perfect for those little journeys where you just want a quick addictive game to play, such as bus or train journeys. It looks and sounds great and for a brilliant price to match, this is one game you just can’t ignore. The Mirror Maze not only makes a good impression, but it’s bound to stay for a long time on our iPhones.

Shark River Raid – disponibila gratuit, pret initial 0.79€
A secret branch of the Army has unleashed a deadly experimental weapon upon the Enemy! In order to neutralize the Enemy’s river defenses, you must play a cyborg shark armed with a super-laser. You are programmed to DESTROY all threats: choppers; fighter planes; battle ships; and especially BRIDGES! Charging stations have been secretly placed in the river. You must maintain power in your laser, or you will self-destruct! This is to safeguard your technology from the Enemy. Above all, you are programmed to MAXIMIZE POINTS! You gain points by destroying threats and barriers – for extra points you can destroy your own charging stations, but BE careful. Now Go Forth And Serve Proud.

3D Pong Tricks – disponibila gratuit, pret initial 1.59€
ALSO very excited to announce that ALL Goruk games will be free along with 3D Pong Tricks. Search for GORUK in iTunes to check them all out for free! First game ever on any platform that actually tests your trick shot skills… within a multi-scene 3D environment that is fully supported by a solid physics engine. You have full control of all angles and power to throw your beer pong ball through the air to hit the cup straight on or be creative by using any wall, floor or furniture to ultimately land the most epic shot.

Blood Lines – disponibila gratuit, pret initial 1.59€
There was an ancient villa in the town. Its windows and doors were boarded up for centuries and no one rented or sold it. Local people used to say that one can hear screeching of a bat from inside the home and many people also reported seeing a shadow of a tall and lanky woman in the window, on the upper floor, which was the only one not covered with boards.

Royale Poker Odds – disponibila gratuit, pret initial 4.39€
Another distinctive characteristic is that Royal Poker Odds has made the assumption that you don’t really know the cards of your opponent. Didn’t you notice that other odds calculators ask you the cards of your opponents, just as if you were able to accurately know them (and have time to enter them in the software) … Sure, then it’s just very easy to compute odds. But Poker is not that easy .

Strikers 1945 Plus – disponibila gratuit, pret initial 2.39€
Winter of 1945, the ashes of WWII have not yet cooled when a secret organization know only as CANY attempted a coup to revive militarism. Their effort failed, but to a battle-weary population, it seemed a new shadow had spread across the world.
Meanwhile, a similar threat, code named: “F.G.R.” successfully stole top secret Department of National Defense files covering new ammunition data. By using the information provided by their spy network, the F.G.R. will do their best to return the world to the chaos and upheaval of global warfare.

Shift – disponibila gratuit, pret initial 0.79€
Shift is an adventure puzzle platformer with a literal twist to the game play mechanic. You are subject 32763, trapped in an experiment. Can you find your way out?

Shift was released on the web in 2008, and since then it’s been played more than 10-million people. Now’s your chance to own this amazing game on your iPhone.

Cubz – 3D Sliding Puzzle – disponibila gratuit, pret initial 1.59€
The iPad HD version of the Cubz is now packaged with the iPhone / iPod touch version. Buy the Cubz once and install it from your iTunes account on all your devices: iPad, iPhone and iPod touch. People that bought the iPhone / iPod touch version of the game can install the iPad version on their device for free. Cubz is a 3D sliding puzzle game inspired by the famous sliding 15 Puzzle game. The game consists of 8, 17 or 26 cubes disposed in a matrix called Cubz.

Zombie Parade – disponibila gratuit, pret initial 0.79€
Zombie Parade is a strategic defense game where the player builds various types of structures to hold off and destroy the approaching Zombie Parade.In game characters will guide you through the learning process as you make your way through the levels. Along the way you’ll gain access to new defense structures and spells to combat the zombies.

Battle of puppets – disponibila gratuit, pret initial 0.79€
Battle of Puppets is an addictive, fascinatingly odd, and truly original linear strategy game. With a vibrant artistic style, it combines, the hallowed art of puppetry, with ruthless marionette combat! You select and perform an opera in a series of 22 American theatres, each with its own custom backdrop of famous landmarks. Each competition then pits you as the puppeteer to strategically build units, upgrade your castle and outposts, and even cast spells using written gestures to destroy the opposing forces and win the affection of the crowd. With 6 professions to unlock, you can learn to repair your troops, mind control the enemy, boo the opposition, and more! 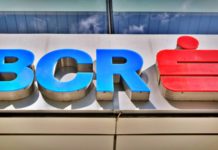 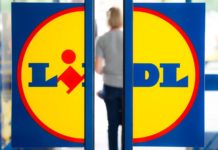