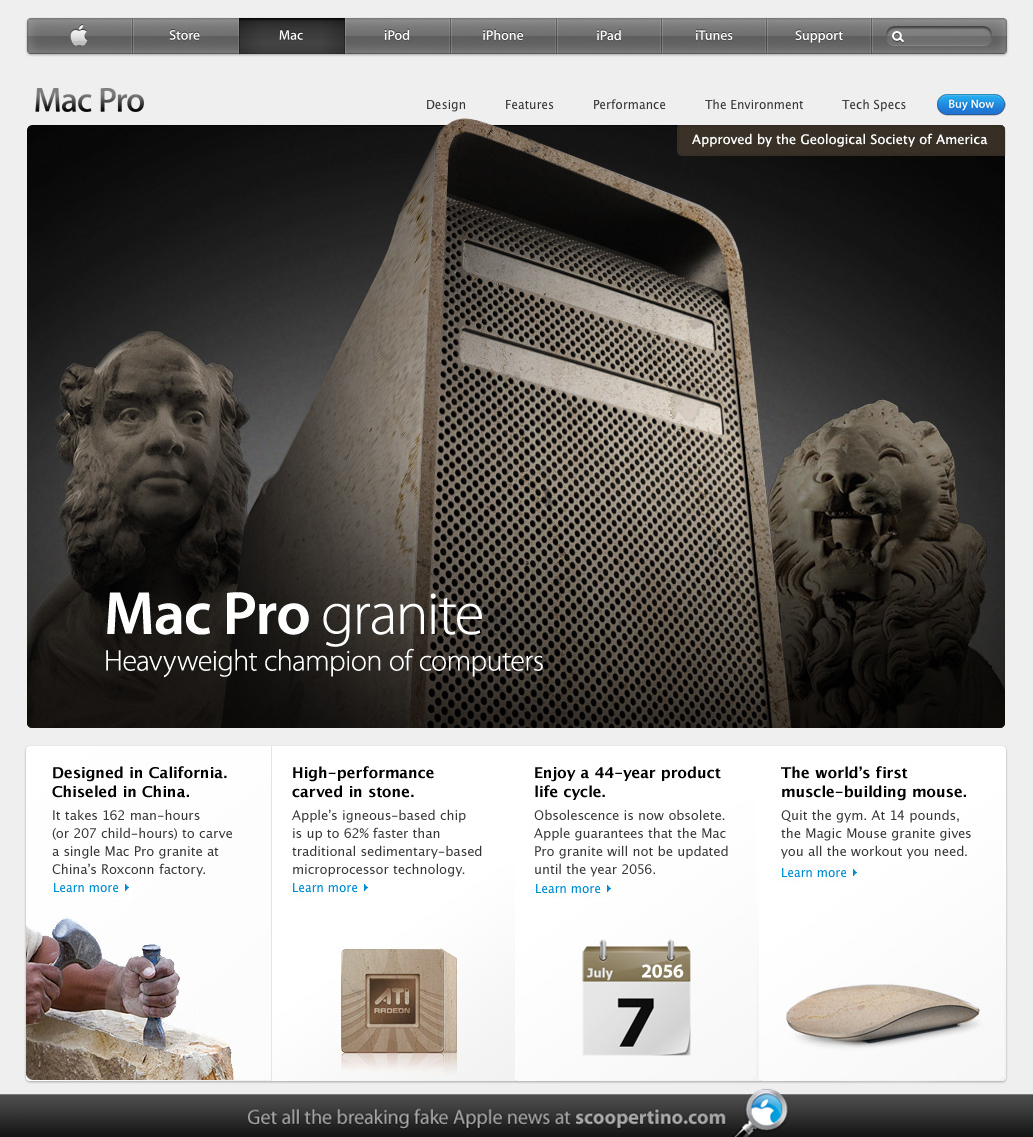 CUPERTINO, CA — Frustrated by Mac Pro’s lack of serious updates? Apple has the computer for you.

The new Mac Pro granite forever eliminates such silly concerns. For most people, the next update to the Mac Pro line will come well after retirement.

Hand-chiseled from a single chunk of granite at the Roxconn factory in China, the 1,012-pound Mac Pro granite is designed to delight those with a passion for high performance and igneous rock.

The new Mac Pro granite takes the guesswork out of ownership. Because it is literally carved in stone, Apple guarantees no updates until the next Mac Pro is released in late 2056.

“The problem with the Mac Pro has been expectations,” explained Apple Senior VP of Product Marketing Phil Schiller. “Historical documents show that we did at one time make significant updates to our high-end Macs. The Mac Pro granite changes that. You get rock-solid performance, and our firm promise — no updates, no-how.”

One downside to the Mac Pro granite is that it requires a forklift or crane to move it from room to room. Those wishing to purchase this heavyweight wonder must sign a release form, letting Apple off the hook for any computer-related hernias, back problems or heart attacks.

A benefit of the Mac Pro granite’s heft, however, is that it is virtually theft-proof. Apple’s press release cites statistics showing that in 2011, only .004% of thefts and burglaries in the U.S. (not including automobiles) have involved items over 1,000 pounds.

Mac Pro granite is available immediately starting at US $6,995. This price includes the 51-pound Pro Keyboard granite and the 14-pound Magic Mouse granite, which Apple claims can increase carpal muscle strength by 20% in six months through normal usage.