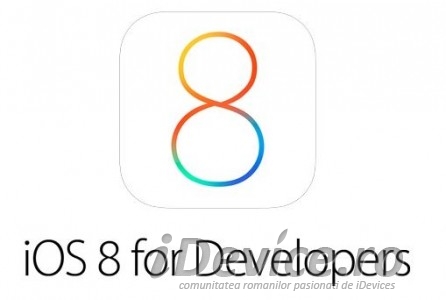 A restoration of an iCloud backup onto the same device the backup was taken from may not work properly. It may result in crashes of some apps.

Workaround: If you want to completely wipe the data from a device and restore it, use iTunes to backup and restore instead of iCloud.

The Now Playing screen is missing the Back button in the top-left corner.

Workaround: Clients should send update requests for a given zone one at a time. In addition, they should handle CKErrorZoneBusy errors by retrying with an exponential back off.

The Address Book UI people picker has been changed for iOS 8. A new mode with new API has been added where the app does not need access to the user’s contacts and the user will not be prompted for access. A temporary copy of the selected person is returned to the app. SeeABPeoplePickerNavigationController.h for more details.

As of iOS 8 beta 2, you must use the new mode. The old mode has been deprecated.

Your app needs the iCloud entitlement to be able to be used as a document provider.

FaceTime does not work properly in landscape orientation.

The file system layout of app containers has changed on disk. Rather than relying on hard-coded directory structure, use the NSSearchPathForDirectoriesInDomains function or the URLForDirectory:inDomain:appropriateForURL:create:error: method of the NSFileManagerclass. See Accessing Files and Directories in File System Programming Guide.

Now that the Share My Location feature is integrated into Messages, Find My Friends only supports the Apple ID configured in Settings > iCloud.

The Thai system font has increased in size to improve readability. This will cause clipping in many places in your UI if you don’t take appropriate action:

If you can’t do 1 and 2 because you implement your own views, you must implement measures not to clip. You can use CoreText to figure out the appropriate clipping region for a line of text by calling:

To avoid overlapping glyphs in multiline text elements, adjust the line height. An additional 30% is recommended.

This measure will also help your app perform better in other languages, including Arabic, Hindi, and Vietnamese.

Handoff is incompatible between devices using this beta and the prior beta. You should test Handoff with the most recent beta software because it is not backward-compatible with previous betas.

BTLE health devices will pair, but data will not be saved to HealthKit.

iAd videos may not play in NPR HLS station.

iCloud Drive may not be correctly enabled on a second device after signing in via Buddy or Settings.

URLForUbiquityContainerIdentifier: might return nil when running your application in Xcode. If so, open System Preferences, navigate to iCloud > iCloud Drive, and enable Xcode.

The following have English strings that are not properly localized in other languages:

Location-based recommended apps will not display on the lock screen.

If you have Send As SMS enabled in Messages settings, the Messages app may periodically become unresponsive.

The Music app may stop responding when downloading an album.

Content downloaded via NKAssetDownload doesn’t get returned to the app.

The schedule and intended use of widgetPerformUpdateWithCompletionHandler: is intended as a convenient home for all data/model update logic. If implemented, the system will call at opportune times for the widget to update its state, both when Notification Center is visible, as well as in the background. An implementation is required to enable background updates. It’s expected that the widget will perform the work to update asynchronously and off the main thread as much as possible. Widgets should call the argument block when the work is complete, passing the appropriate NCUpdateResult. Widgets should NOT block returning from viewWillAppear: on the results of this operation. Instead, widgets should load cached state in viewWillAppear: in order to match the state of the view from the last viewWillDisappear:, then transition smoothly to the new data when it arrives.

For complete usage details of NSURLSessionTask priorities, refer to the NSURLSession.h header file, which is provided by the Foundation framework.

To activate Wi-Fi Calling functionality for T-Mobile (U.S. only), follow these steps:

Call UI may appear on top of the home screen when it is originated from the app switcher.

Upon upgrade install, Touch ID is disabled for iPhone unlock.

Updating the iCloud settings screen may appear to hang during setup.

Workaround: Some accounts may have an extra long lag. Wait a couple of minutes and they should complete.

SpringBoard will crash when a device is locked while viewing a folder.

Some projects may launch in portrait when the destination device is in landscape.

Workaround: Rotate the device to portrait and back to landscape to continue in landscape.

Sometimes, loading certain pages or performing a search on the App Store or iTunes Store can be slow.

UILabel has a default value of YES for clipsToBounds. This differs from the normal UIView default of NO.

If an app is using a xib as its main window and is launched in landscape iPad, the main window will have the incorrect dimensions, causing significant distortion and difficulty using presented view controllers. To function again, an app may have to be force-quit after presenting a system view controller.

When the width of a multiline label changes due to changes in the layoutMargins of some view, the intrinsic content size of the label is not invalidated when it should be. As a result the layout can unexpectedly truncate the label (or text view).

Workaround: The view whose layoutMargins are changing should override layoutMarginsDidChange and send invalidateIntrinsicContentSize to the label.

On iPhone 4S, Weather is missing its background color, letting the wallpaper see behind the condition animations.