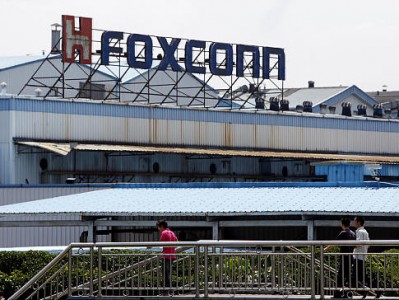 “We believe that workers everywhere have the right to a safe and fair work environment, which is why we’ve asked the FLA to independently assess the performance of our largest suppliers,” said Tim Cook, Apple’s CEO. “The inspections now underway are unprecedented in the electronics industry, both in scale and scope, and we appreciate the FLA agreeing to take the unusual step of identifying the factories in their reports.”

As part of its independent assessment, the FLA will interview thousands of employees about working and living conditions including health and safety, compensation, working hours and communication with management. The FLA’s team will inspect manufacturing areas, dormitories and other facilities, and will conduct an extensive review of documents related to procedures at all stages of employment.

Apple’s suppliers have pledged full cooperation with the FLA, offering unrestricted access to their operations. The FLA’s findings and recommendations from the first assessments will be posted in early March on its website, www.fairlabor.org. Similar inspections will be conducted at Quanta and Pegatron facilities later this Spring, and when completed, the FLA’s assessment will cover facilities where more than 90 percent of Apple products are assembled.

Apple has audited every final assembly factory in its supply chain each year since 2006, including more than 40 audits of Foxconn manufacturing and final assembly facilities. Details of Apple’s supplier responsibility program, including the results of more than 500 factory audits led by Apple throughout its supply chain over the past five years, are available atwww.apple.com/supplierresponsibility.

In January, Apple became the first technology company admitted to the Fair Labor Association. The FLA conducts independent monitoring and verification to ensure that the FLA’s Workplace Standards are upheld wherever FLA company products are made.